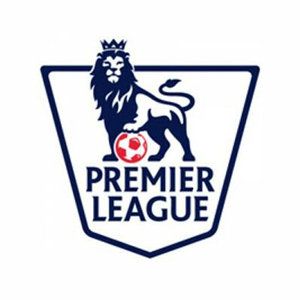 For Part 1 of our Premier League Preview click here.

Today we continue with our preview of the 2014/2015 Premier League season.

Dutchman Louis Van Gaal is the new manager at Man U, replacing the ill-appointed David Moyes.

Spanish midfield player Ander Herrera and English defender Luke Shaw are the big signings so far, with more new faces likely to arrive at the club soon. Former first team players Nemanja Vidic and Rio Ferdinand are amongst the departed.

Manager Van Gaal has been busy since his arrival with the squad undergoing many changes and more likely to follow. It is probably asking too much of the squad to gel and take the title in Van Gaal’s first year, though a Top 4 finish is a definite possibility.

Alan Pardew will guide The Magpies again this season.

Newcastle looks to have quietly strengthened their squad, with French midfielder Remy Cabella one incoming player of note.

Another mid-table finish looks likely this season. While they will be competitive, they don’t have the same quality of the big teams.

Harry Redknapp returns to the Premier League with the promoted side, while former England boss Glenn Hoddle has recently joined in an assistant role.

Keeping the team up in the Premier will be Harry Redknapp’s mission this season. If they can consolidate and not lose their head then this should be achievable.

Dutchman Ronald Koeman is the new manager at Southampton, replacing Mauricio Pochettino who has left for Tottenham.

Southampton have suffered a major raid on their playing stocks by the bigger clubs, and are now attempting to restock their ranks. Striker Shane Long and midfielder Dusan Tadic are amongst the new arrivals.

Just how much damage has been done by the mass exodus is left to be seen. If all goes to plan then another mid-table finish is on the cards, if the new squad can not gel quickly then they might find themselves closer to the relegation zone.

Mark Hughes will be the manager again this season for Stoke.

It’s steady as she goes for the squad, with forward Bojan Krkic arriving from Barcelona being one to watch.

After a good second half to last season Stoke will be hoping for more of the same. We expect a similar table performance from them again this time.

Uruguayan Gus Poyet will be steering the side again this season.

English midfielder Jack Rodwell has arrived from Manchester City, amongst a host of other Ins and Outs.

Sunderland will be looking to settle down after being wayward at times last season. Steady performances should see them remain in the second half of the ladder.

Garry Monk is the manager at Swansea City this season.

Icelandic midfielder Gylfi Sigurdsson has arrived from Tottenham as the main signing of note.

The Swans will be in a fight to stay up again this season. They’ll be needing to get some points on the board early on as they have a tough run home, and could struggle at that point.

Ex-Southampton boss Mauricio Pochettino comes in for Tim Sherwood who was relieved of his duties.

Tottenham should be able to stay in the Top 8 this season though will struggle to overtake the bigger clubs who are better resourced.

Alan Irvine, who was the academy boss at Everton, comes in for Pepe Mal.

It will be down to Alan Irvine to work some magic if West Bromwich are to stay up this season, otherwise a visit to the Championship may be on the cards.

Sam Allardyce stays on as manger after a stern talking to, with English legend Teddy Sheringham joining the staff to help boost the front line.

Allardyce’s job will be on the line here and he will be hoping his charges deliver. A lot of weight will fall on new signing Enner Valencia’s shoulders to provide the goals which will be needed.